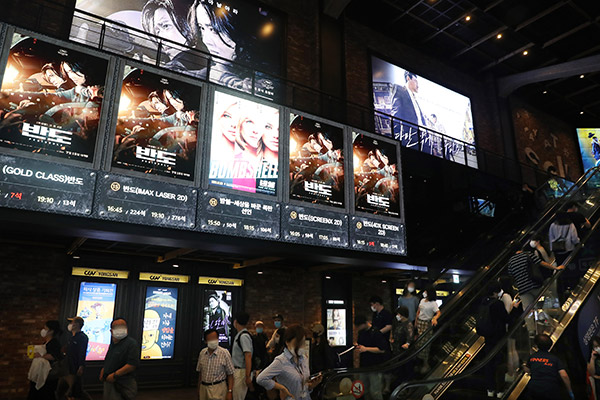 Over five million people went to the movies in South Korea in July, with ticket sales growing for the third month.

According to a tally by the Korean Film Council on Saturday, July recorded a total of five-point-six million moviegoers, up more than 45 percent from three-point-eight million in June.

However the figure is only one fourth of the number that went in the same month last year, and the lowest admissions for the month of July since records began in 2004.

The increase in moviegoers from the previous month is believed to be due to the release of summer blockbusters such as zombie flick "Peninsula," which has drawn three-point-two million spectators as of Friday.

Cinema admissions have been hit hard by the coronavirus pandemic, recording an all time low of just over 972-thousand-500 in April.

The number has been rising in succeeding months, topping one-point-five million in May and three-point-eight million in June.
Share
Print
List