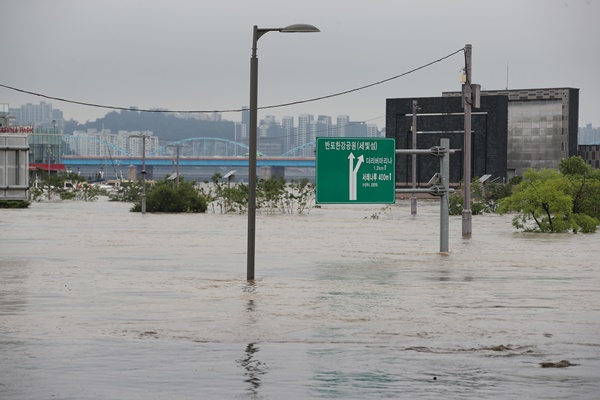 A flood advisory has been issued for the Han River in the heart of Seoul as monsoon seasonal downpours continue to engulf most parts of the country.

According to the Han River Flood Control Office, the advisory was issued as of 11:00 a.m. Thursday, as the water level near the river's barometer of Hangang Bridge was measured at eight-point-23 meters.

That's close to the advisory standard of eight-point-five meters and authorities expected the water level to surpass that limit at around noon.

It's the first time in nine years such an advisory was issued for the Han River.