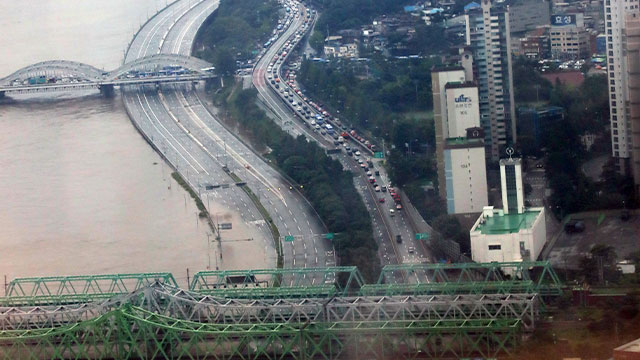 A flood advisory for the Han River in the heart of Seoul was lifted as of 9:00 a.m. Friday, 22 hours after it was issued.

According to the Han River Flood Control Office, the water level near the river's barometer of Hangang Bridge began to drop rapidly at around 5 a.m. and is currently measuring in the upper six-meter range.

That's lower than the advisory standard of eight-point-five meters.

It was the first time in nine years such an advisory had been issued for the Han River.
Share
Print
List