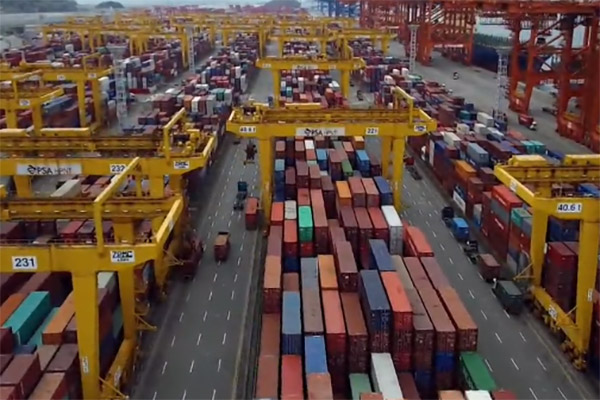 South Korea's exports fell nearly 24 percent from a year earlier in the first ten days of August amid the economic fallout from the COVID-19 pandemic.

According to data from the Korea Customs Service on Tuesday, the country's outbound shipments stood at 10-point-six billion U.S. dollars in the cited period, down 23-point-six percent on-year.

Compared to the same period last year, there was one less working day this year. Given the decrease, the daily average exports during the period declined 12-point-seven percent.

Shipments to China and the United States fell over eleven percent and 22 percent, each, while exports to the Middle East and Japan plunged over 50 percent and nearly 28 percent, respectively.
Share
Print
List