S. Korea, US to Stage Joint Drill from Sunday 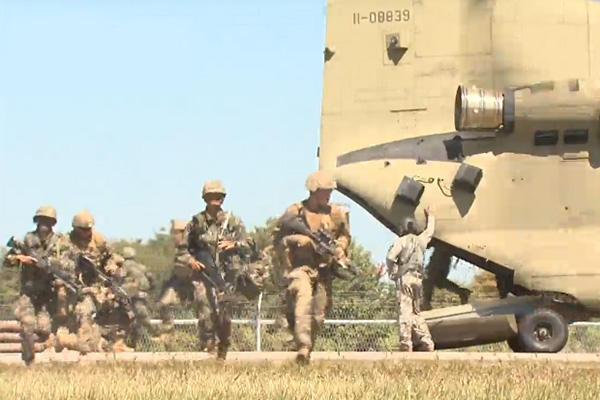 South Korea and the U.S. will reportedly begin a joint military exercise from Sunday.

According to a South Korean government official, the two sides were set to stage the Crisis Management Staff Training(CMST) for three days from Tuesday. The training is a prelude to the main joint drill slated to be held through August 28.

However, the test will likely be held only partially, with the remaining portion to be carried over to the next joint drill slated for early next year. Seoul wanted to complete the stage this year, but Washington was known to show unwillingness to do so given limits in mobilizing U.S. personnel amid the COVID-19 outbreak.

The delay may postpone the OPCON transfer, which Seoul aims to complete by the end of 2022 by carrying out the FOC test this year and the Full Mission Capability(FMC) test next year.

The upcoming drill will likely be scaled down with the number of U.S. soldiers traveling across the Pacific to take part in it to be curtailed sharply.

The duration of the drill is, however, two or three days longer than usual, given precautionary measures against COVID-19 as well as the reduction in nighttime training sessions.