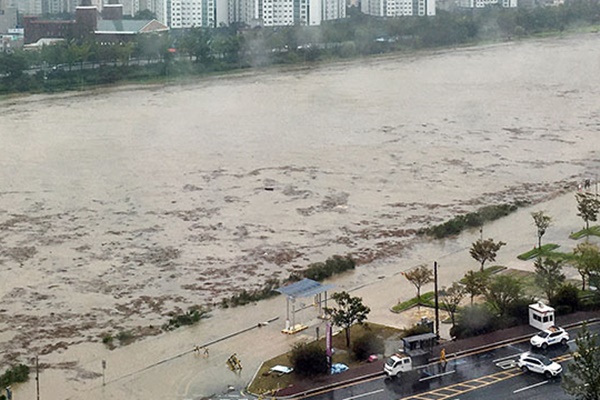 The Korea Meteorological Administration(KMA) said that as of 9 a.m. Monday, the season's tenth typhoon reached inland areas some 30 kilometers south-southwest of Ulsan.

The agency forecast that the typhoon may reach waters east-northeast of Gangneung, Gangwon Province, at around 2 p.m.

Previously, the KMA had forecast that Haishen would not make landfall in South Korea and just pass through waters near the east coast. However, the typhoon ended up hitting some inland areas after moving further west.

The typhoon is expected to reach waters 140 kilometers south-southwest of Chongjin, North Korea, at 9 p.m. and move toward the northern inland parts of the region in the early hours of Tuesday before dissipating.

While it passes through South Korea, Haishen is set to dump heavy amounts of rainfall and bring strong winds, particularly, to the islands of Ulleung and Dokdo.
Share
Print
List