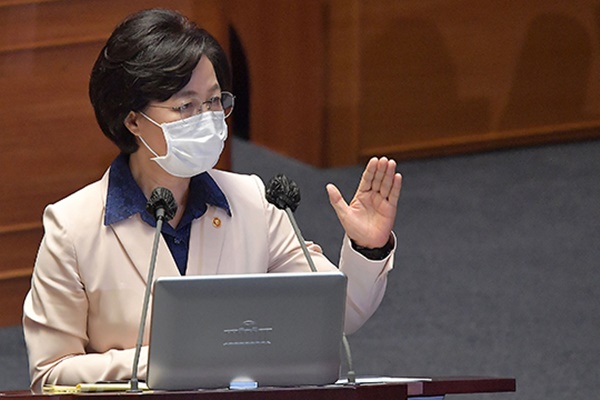 Prosecutors raided the Defense Ministry as part of their investigation into allegations that Justice Minister Choo Mi-ae's son, identified by his surname Seo, received favors during his mandatory military service.

While serving in the Korean Augmentation to the United States Army(KATUSA), Seo took 23 consecutive days off after the surgery, including four personal vacation days.

Seo is suspected of failing to return to base before getting approval for the four days, and the alleged breach is suspected to have been covered up thanks to his mother's political influence.