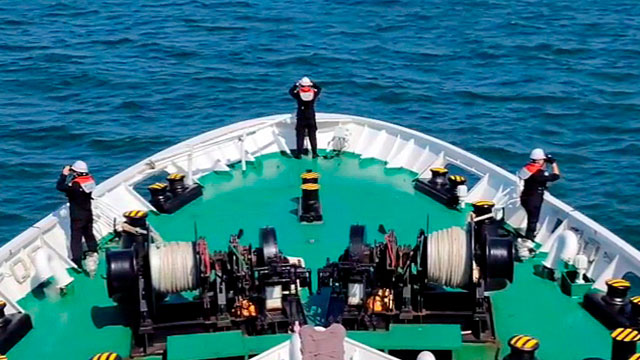 The South Korean military said on Sunday that it is carrying out "normal" maritime search operations to locate the body of a South Korean official killed in North Korean waters last week.

A military official said that the military is also controlling the operations of fishing boats in the waters near the sea border as dozens of Chinese fishing vessels are operating near the Northern Limit Line (NLL), a de facto inter-Korean sea border.

The comment is interpreted that South Korea is conducting the search south of the NLL in the western waters.

The remarks came shortly after North Korea claimed that South Korea mobilized many vessels including warships for an alleged search operation and intruded into North Korean waters since Friday.

The North then called for an immediate halt to the alleged intrusion into the "military demarcation line" in the Yellow Sea. North Korea appears to be referring to the "West Sea Military Demarcation Line," a more southerly line, that it unilaterally declared in 1999.

South Korea has mobilized 39 vessels and six aircraft to search for the body of a fisheries ministry official shot and killed by North Korea last week.
Share
Print
List