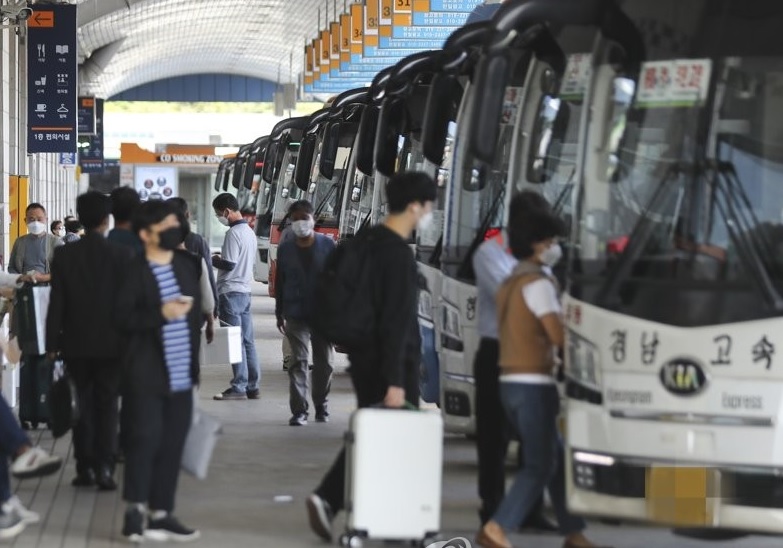 Anchor: Korea's Chuseok is normally a time of tens of millions traveling to their hometowns. However, with the government urging people to stay home amid the COVID-19 pandemic, many South Koreans are choosing to follow this advice and make the best of the holiday at home. Just ahead of Chuseok’s start, road traffic is already estimated to be down some 30 percent compared to last year.
Kim Bum-soo has more.

Report: South Korean quarantine authorities have been urging the public not to travel during the Chuseok thanksgiving holiday, beginning Wednesday, to prevent the further spread of COVID-19.

Massive traffic jams usually take place annually during the thanksgiving celebrations but many South Koreans this year are choosing not to travel to their hometowns to protect themselves and elderly members of their families from the pandemic.

Eighty-three-year-old Mr. Shin Dae-sik is one of them. He is worried about his 95-year-old sister-in-law.

[Sound bite: Shin Dae-sik - 83-year-old local resident (Korean/English translation)]
"Normally, 15 people including my four brothers and their families gather at the eldest brother's house [on Chuseok thanksgiving day]. But we have a 95-year-old sister-in-law at my brother's house, so we think we should not gather this time. Chuseok is a holiday that we have only once a year when we honor our ancestors together so it's very important, but we are facing the critical issue of COVID-19 that is not only threatening the survival of our country but that of the entire world."

Mr. Cho Han-il, 70, bemoans the situation, but is nonetheless thankfully he can use video calls.

[Sound bite: Cho Han-il - 70-year-old local resident (Korean/English translation)]
"We are living in such a good time. Even if you can't physically visit your parents, you can still see them through video calls and send them some pocket money. It's a pity to see parents who wait for their children who live remotely to visit their hometown twice a year, but there's no other option right now."

[Sound bite: Kim Jin-woo - office worker  (Korean/English translation)]
"I think it's right for everyone to be cautious and careful. I don't think negatively about the government's advice [to stay home during the upcoming holidays] as it is to prevent the spread of the virus."

[Sound bite: Kim Nam-kyung - housewife (Korean/English translation)]
"Though it can be disappointing for many, I think it is right to refrain from travelling or visiting families who live far away and spend your holidays with your closest family members."

After a recent survey of nearly 14-thousand households, the state-run Korea Transport Institute estimated that some 27-point-six million people, or some 53 percent of the nation's total population, are expected to travel between Tuesday and Sunday. The figure is 28-point-five percent less compared to last year's Chuseok holiday.

South Korean airport authorities estimated that domestic air travelers during the period will fall by around 25 percent compared to last year.

During the current two-week special quarantine period before and after the five-day holiday, the government is making sure that seasonal festivities will not lead to cluster infections. Nightclubs, bars, indoor gyms and other high-risk establishments are not allowed to operate in the Seoul metro area during the holiday period. Restaurants and franchise coffee shops will need to keep a certain distance between seats.
Kim Bum-soo, KBS World Radio News.
Share
Print
List