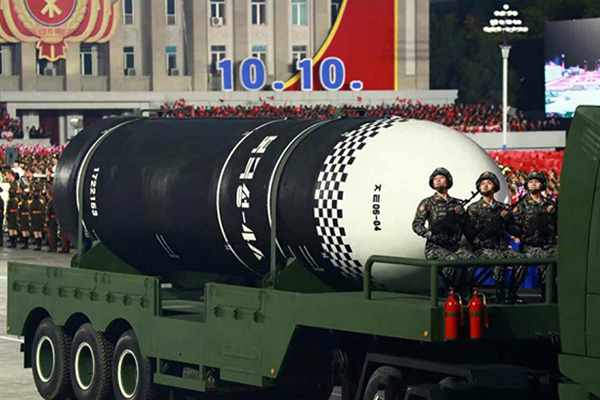 Navy Chief of Staff Boo Suk-jong relayed the military’s assessment during a parliamentary audit on Thursday, responding to ruling Democratic Party lawmaker Kim Byung-joo, who asked whether the name of the missile ends in the Roman letter A or the Korean consonant that looks similar to the aforementioned Roman letter.

Boo said the military believes it is ㅅ and that this is an acronym for “susang,” or “sujung,” the Korean words meaning on-water, and underwater, respectively.

Since its display during a military parade marking the 75th founding anniversary of the North Korean ruling Workers’ Party last Saturday, the SLBM had been known as the Pukguksong-4A due to the appearance of the name engraved on the fuselage. But, some have questioned it, pointing to the North’s refusal to use an English alphabet in naming its strategic weapons.

The South Korean naval chief of staff also assessed the North is currently building a submarine from which the SLBM will be launched but the size of the submarine is yet unknown.
Share
Print
List