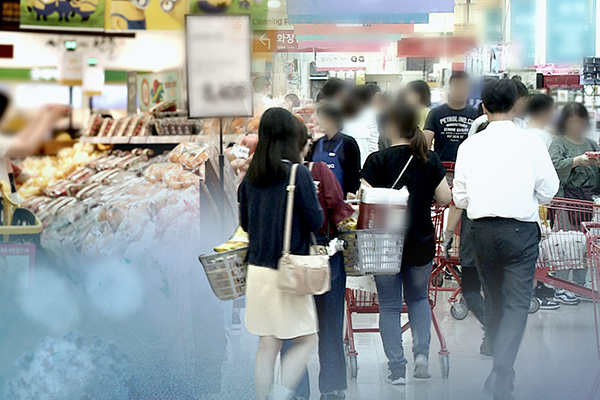 South Korea's consumer sentiment fell at almost the fastest pace among major economies in September due to a resurgence of COVID-19 cases in the country after mid-August.

According to the data from the Organization for Economic Cooperation and Development (OECD) on Sunday, the country's composite consumer sentiment index stood at 97-point-03 last month, down point-33 points from the previous month.

South Korea ranked 26th among 28 OECD member nations that have produced related data for last month. Latvia and Spain were the only OECD countries that posted lower readings.