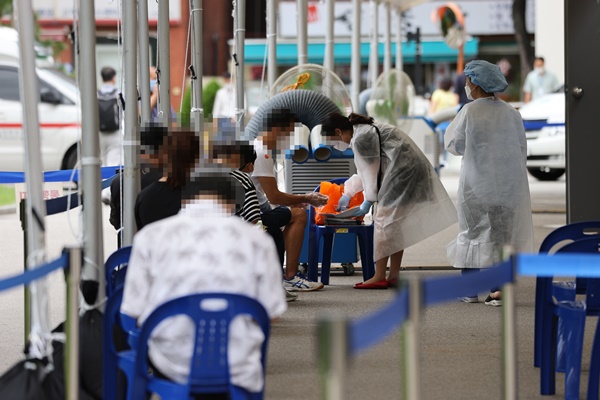 The Korea Disease Control and Prevention Agency(KDCA) said on Tuesday that 58 additional cases were confirmed throughout Monday, bringing the accumulated caseload to 25-thousand-333.

The daily figure dropped by 18 from the previous day and remained in double-digits for five consecutive days. Health authorities, however, remain alert amid continued cluster infections at nursing homes and rehabilitation hospitals, and sporadic outbreaks at call centers and bars.

Of the new cases, 41 were domestic while 17 were imported.

The number of local cases dropped to below 50 for the first time since Friday. Most came from the wider metro area, including eleven in Seoul, 22 in Gyeonggi Province and three in Incheon.

The number of critically ill COVID-19 patients decreased by seven to 71.