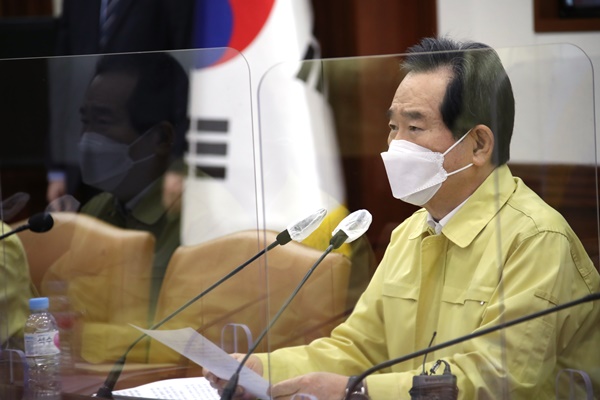 The prime minister issued the order on Friday during a government meeting on the COVID-19 response.

While noting the growing public fear about the safety of flu shots, Chung directed health authorities to shed light on each of the recent deaths and to confirm any connection between them and the flu shots.

The prime minister then urged people to trust and follow experts on issues regarding science, adding that so far, they have said there is little correlation between the deaths and the shots.

Chung said that despite the experts' assurances, many people are still concerned about the flu vaccines. He ordered health authorities to take full steps so that people can feel comfortable about receiving the shots.
Share
Print
List