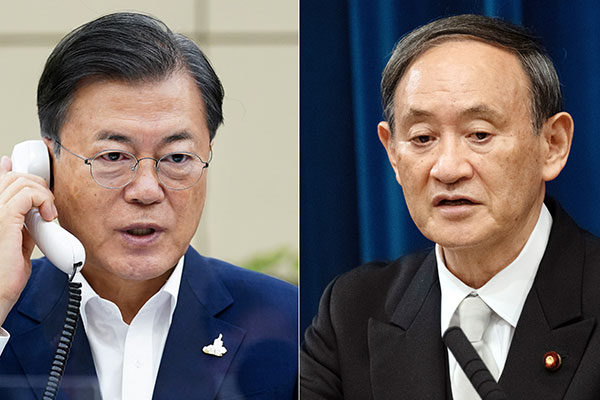 A Japanese daily reported Saturday that South Korea had informally sounded out Japan on a plan to address the forced labor compensation issue, but Tokyo turned down the proposal.

But quoting government officials from both sides, the Asahi Shimbun said Seoul made an offer early this year for the Japanese company to provide the compensation, while the South Korean government will make up for the full amount later.

The report said the South Korean government, led by presidential chief of staff Noh Young-min, had reviewed ways to resolve the forced labor issue and came up with the proposal, which takes into account President Moon Jae-in's stance on respecting the Supreme Court ruling.

But Asahi said Japan did not accept the offer, saying that even if the corporate expense is compensated, the court ruling itself would remain unchanged.