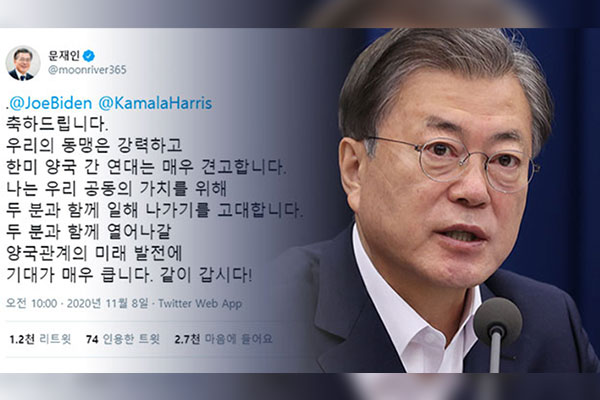 President Moon wrote in a Twitter post that "Our alliance is strong and the bond between our two countries is rock-solid."

Moon said that he looks forward to working with Biden and Harris for their shared values, adding he has great expectations of advancing and opening up the future development of bilateral relations.

The congratulatory message came about eight hours after Biden declared in a statement that he won the presidency.
Share
Print
List