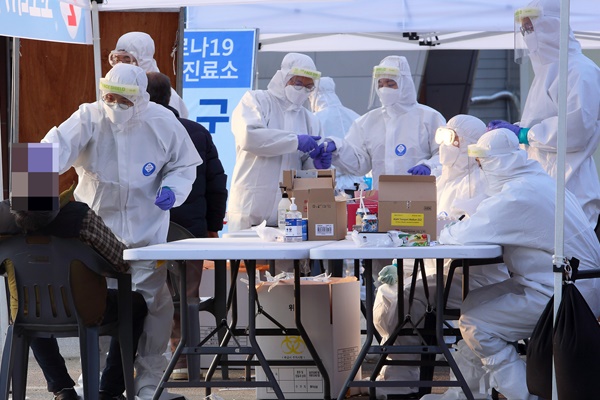 Of the new cases detected throughout Sunday, 255 were local transmissions, while 16 were imported.

The daily figure dropped by 59 from the previous day, due partly to a decrease in the number of people who get tested on weekends.

Of the 255 local cases, 206 came from the capital region with 109 in Seoul, 74 in Gyeonggi Province and 23 in Incheon. The number for the greater Seoul area remained above 200 for the fourth consecutive day.

Imported cases decreased from 28 the previous day to 16.