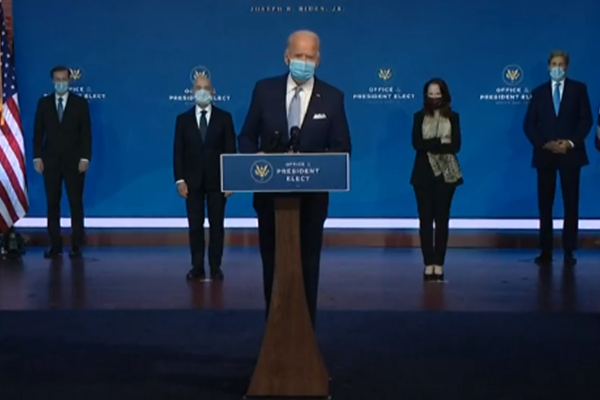 U.S. President-elect Joe Biden has vowed to strengthen the U.S.' alliances in the Asia-Pacific region, saying that "America is strongest when it works with its allies."

Biden made the remarks on Tuesday as he introduced his planned national security team at a press conference in Delaware, with his six nominees present.

Biden said that the nominees will not only repair, but also reimagine American foreign policy and national security for the next generation, adding his team is ready to lead the world.

Biden named veteran security and foreign policy aide Antony Blinken as his nominee for secretary of state and Jake Sullivan as his national security adviser.

Blinken also stressed the need to work with allies. He vowed to work with humility and confidence, saying that the U.S. can't solve all the world's problems alone and it needs cooperation and partnership with other countries.
Share
Print
List