High-Emission Cars to be Banned in Capital Region from December 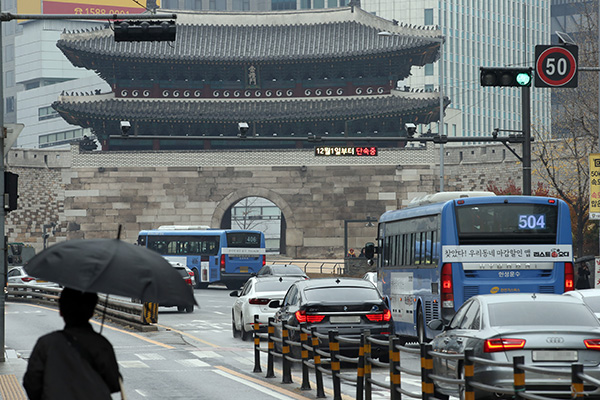 Seoul City will ban high-emission cars from the roads in the greater metro area from December to March as part of efforts to reduce fine dust levels during the winter months.

The city government announced on Sunday that anyone caught driving vehicles classified as Grade 5 in terms of emission levels inside the capital region will be fined 100-thousand won from December.

Regardless of regions where the vehicles are registered, people can face fines if they drive Grade 5 vehicles without an emission-reduction device from 6 a.m. to 9 p.m. on weekdays in the capital region.

The city government plans to strictly enforce the new regulation and impose fines on violators without a grace period.

As of September, there are about one-point-46 million vehicles nationwide that fall into this grade.

The move is set to be implemented as the nation revised a law on fine dust levels in March.
Share
Print
List