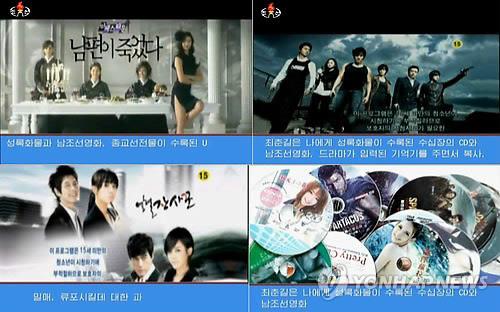 A South Korean expert on North Korea claims that the Korean Wave has become a main and unfailing channel for inter-Korean cultural exchange.

Kang Chae-yeon, a researcher at the Korea Institute for National Unification(KINU), said in a local online forum on Friday that outside information, including those from the South, had merely been a source of information for many North Koreans until only several years ago to satisfy their curiosity about the outside world.

However, the influx of South Korean culture is now so prevalent in the North, she said, that it has become part of everyday life.

Kang cited testimonies from defectors who said “most” North Korean residents now identify South Korean influences in street fashion, adding “a majority” of North Korean teenagers have been “infected” with South Korean culture, such as films and music.

She said extravagant South-Korean-style weddings are also hugely popular in the North.

The researcher said the North Korean government is seeking to control such external influences by toughening punishment, but is facing difficulties.
Share
Print
List