'527,000 COVID Deaths Projected in US by April, Even with Vaccines' 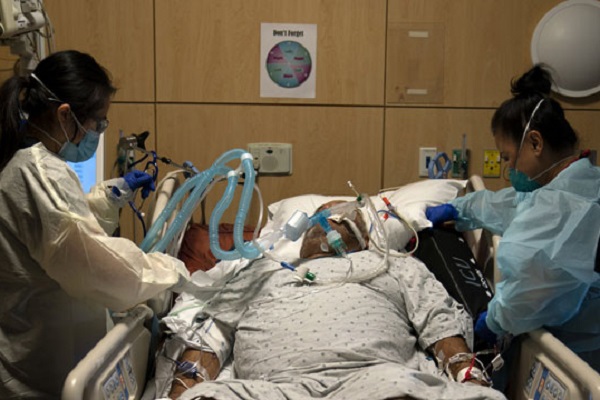 CNN reports that a new model projects nearly 539-thousand coronavirus deaths in the United States by early April and still over 527-thousand even if vaccines are distributed at the fastest possible pace.

This is according to researchers at the University of Washington's Institute for Health Metrics and Evaluation, which argues that universal mask wearing could reduce the number of deaths by 66-thousand.

This suggests, according to the institute's influential modeling, that wearing masks would be more impactful in saving lives in the shortterm than rolling out a vaccine.

The institute also said that COVID-19 became the leading cause of death in the U.S. this week, claiming eleven-thousand-820 lives and outpacing the death tolls from heart disease and lung cancer.
Share
Print
List