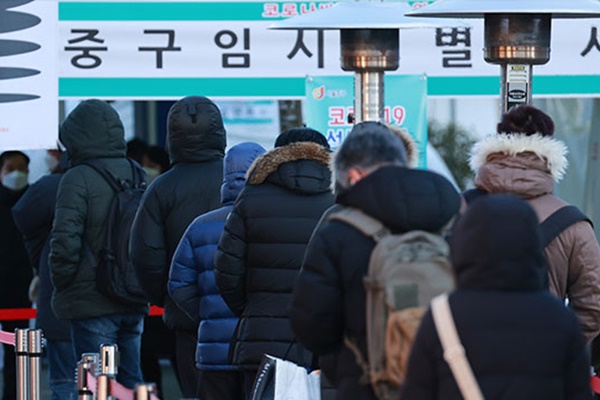 The Korea Disease Control and Prevention Agency(KDCA) said on Wednesday that the new infections raised the country's accumulated caseload to 45-thousand-442.

The daily figure increased by about 200 from the previous day to hit an all time high since the outbreak of the epidemic in the country in January.

This is the second time the figure surpassed the one-thousand mark. It hit one-thousand-30 on Sunday.

Of the new cases detected throughout Tuesday, one-thousand-54 were domestic infections, while 24 were imported.

The capital area reported 757 cases, including 373 in Seoul, 320 in Gyeonggi Province and 64 in Incheon. In regions outside the metro area, North Jeolla Province and Busan added 75 and 41 cases, respectively, with cases reported across the nation.

With the relentless spike in new infections, the number of critically ill COVID-19 patients jumped by 21 to 226. The country's coronavirus death toll also rose by 12 to 612.
Share
Print
List