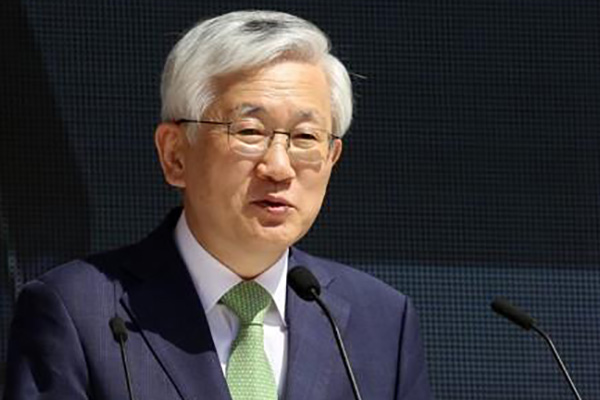 Japanese Prime Minister Yoshihide Suga has reportedly refused to meet with outgoing South Korean ambassador in a show of discontent over a recent court ruling in Seoul that ordered Tokyo to pay damages to victims of Japan's wartime sexual slavery.

South Korean Ambassador to Japan Nam Gwan-pyo returned to South Korea on Saturday afternoon after serving one year and eight months as the country's top envoy in Japan.

It is customary for an outgoing South Korean ambassador to meet with the Japanese prime minister, but Nam's meeting with Suga did not take place.

Japanese media outlets said that the lack of such a meeting reflected the Japanese government's discontent over the recent ruling by a South Korean court that ordered Tokyo to pay compensation to former "comfort women."

In the meeting, Moon mentioned the need to fix the country's relations with Japan, saying that it is necessary for the two nations to restore their constructive, future-oriented relations at an early date.
Share
Print
List