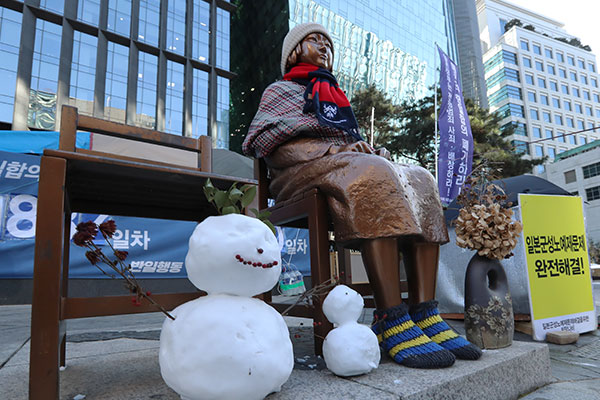 A South Korean court ruling that called on Tokyo to compensate Korean victims of Japan’s wartime sexual slavery is expected to take effect on Saturday.

On January eight, the Seoul Central District Court ruled in favor of 12 Korean victims, ordering the Japanese government to pay each person 100 million won in compensation.

The Japanese government is entitled to appeal the ruling within two weeks following the delivery of related legal documents by the South Korean court, which will expire 12 a.m. Saturday.

Following the ruling, Japan's Chief Cabinet Secretary Katsunobu Kato said his government will not accept it citing the principle of state immunity under international laws and thus not appeal it.

The South Korean court judged that the state immunity principle does not apply to this case. The court said the South Korean judiciary holds the right to make a ruling on the matter, saying Japan's "planned, extensively organized and inhumane criminal acts" violated international regulations.
Share
Print
List