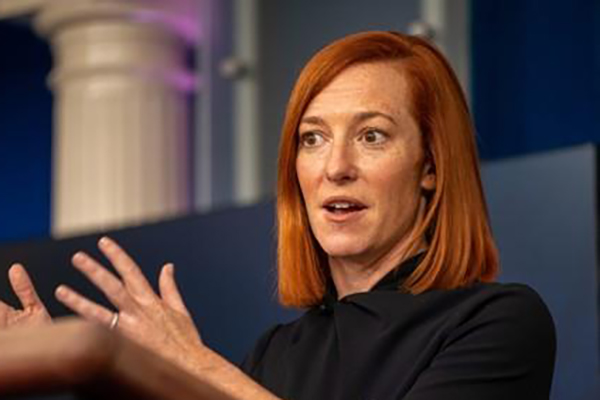 Anchor:  A White House spokesperson said Friday that North Korea's nuclear weapons program poses a serious threat and Washington is devising a new strategy to deal with it. Seoul is concerned of losing any remaining momentum for rapprochement with Pyongyang and seeking to find a breakthrough to the nuclear impasse.
Kim Bum-soo has more.

The White House says North Korea is a serious threat and President Joe Biden will adopt a new strategy to deal with the risk.

[Sound bite: White House Press Secretary Jen Psaki]
"And we obviously have — still have a vital interest in deterring North Korea — as does Japan, of course. We will adopt a new strategy to keep the American people and our allies safe.  That approach will begin with a thorough policy review of the state of play in North Korea, in close consultation with South Korea, Japan, and other allies on ongoing pressure options and the potential for any future diplomacy."

[US Democratic presidential candidate Joe Biden (Oct. 22, 2020)]
"What has he done? He's legitimized North Korea. He's talked about his good buddy, who's a thug. A thug. And he talks about how we're better off. And they have much more capable missiles — able to reach U.S. territory much more easily than ever before."

Seoul is concerned how much of the Trump administration's legacy will be undone by the new president of the United States, hoping that the U.S. will build upon the vague denuclearization agreement Trump signed with the North Korean leader in 2018.

Following President Biden's inauguration, South Korean President Moon Jae-in held a meeting with his National Security Council for the first time in 22 months. Moon urged his officials to find a way to break the impasse that followed the collapse of the 2019 Hanoi Summit.