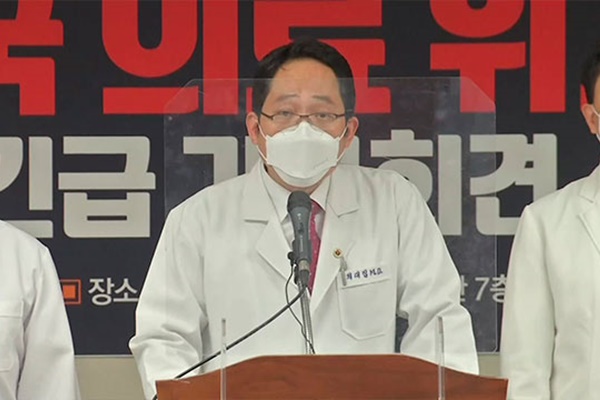 Ahead of the national COVID-19 vaccination program, South Korea's largest association of doctors has threatened to launch a strike over the ruling party's attempt to pass a bill that would revoke the licenses of medical professionals convicted of serious crimes.

Choi Dae-zip, head of the Korean Medical Association(KMA), issued the threat on Sunday in a meeting with the government on COVID-19 vaccinations in Seoul.

The bill, if passed, will strip doctors of their license if they are sentenced to prison for committing felonies and convicted doctors will not be able to reacquire it until five years after the end of their sentence.

Choi told reporters that the proposed revisions are too harsh and if the bill passes parliament, the doctors have no other choice but to go on a nationwide strike.

He added that the general strike will lead to significant problems in COVID-19 treatment and vaccinations.
Share
Print
List