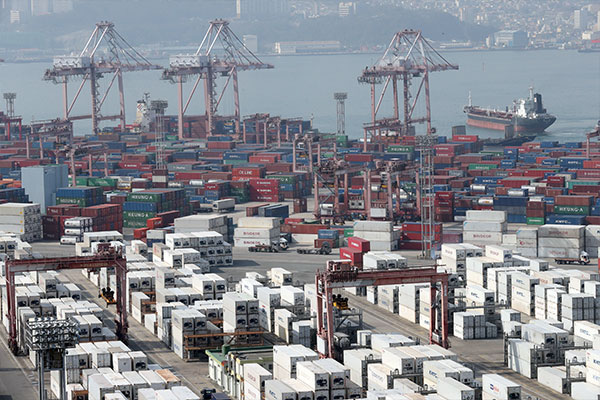 According to tentative data from the Korea Customs Service on Monday, the country's outbound shipments stood at 30-point-four billion U.S. dollars in the cited period, up 16-point-seven percent from a year earlier.

Compared to the same period last year, working days were down by one-point-five this year. Given the fall, the daily average exports grew by 29-point-two percent during the period.

Shipments to China and the United States rose 32-point-seven percent and 14 percent, each, while exports to the Middle East and Singapore slipped 31-point-three percent and 21 percent, respectively.
Share
Print
List