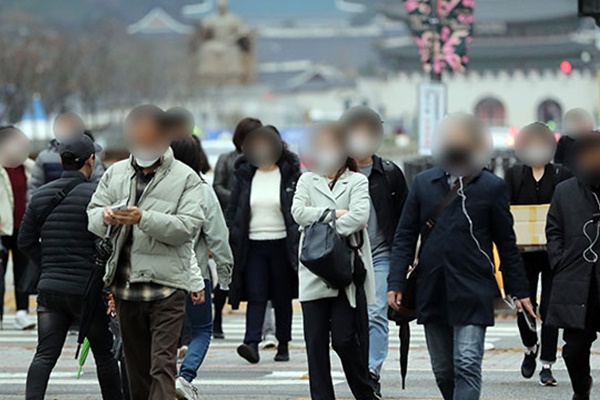 Cold snap advisories have been issued for most parts of South Korea starting Monday night, as morning lows are forecast to dip by as much as ten degrees Celsius Tuesday morning.

According to the Korea Meteorological Administration(KMA), cold air traveling from the northwest will likely prompt morning lows to drop to between minus nine and one degree Celsius and for daytime highs to hit between three and 13 degrees on Tuesday.

The state weather agency added that the windchill will likely cause people to feel even colder.

The KMA has issued cold snap advisories starting at 10:00 p.m. Monday for the Seoul metropolitan area, eastern Gangwon Province, the central Chungcheong region and parts of the southeastern and southwestern regions of Gyeongsang and Jeolla.

The advisory is issued when morning lows are forecast to fall below minus 12 degrees for at least two consecutive days or when significant damage is expected from a sudden drop in temperature.
Share
Print
List