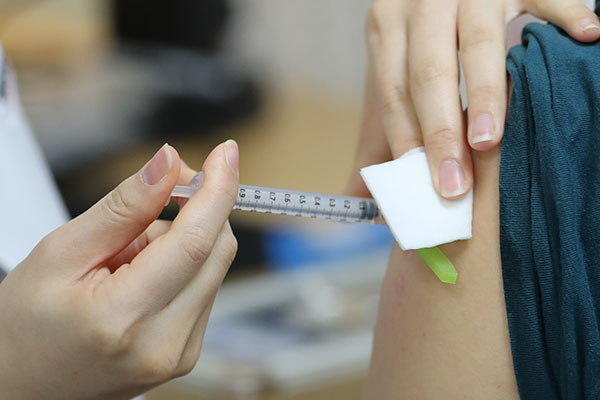 Another possible serious reaction to the AstraZeneca vaccine has been reported involving a police officer at the North Jeolla Provincial Police Agency.

According to the agency, a 55-year-old patrol unit officer at Gimje Police Station became paralyzed on one side of the body after receiving the AstraZeneca vaccine at a local hospital last Wednesday.

The officer reportedly showed no particular symptoms the first few days. But on Saturday, he suddenly felt numbness in his right hand, with the symptoms worsening after he checked into a hospital.

But police say they don't believe the paralysis is a side effect of the vaccine. One senior official at Gimje Police Station said that if the symptoms were vaccine-related, the blood clot should have formed in the artery, not the vein.

The official added that the officer in question is confirmed to have been suffering from arrhythmia, or an irregular pulse, and that he is being treated. His condition has reportedly improved.

Earlier, another police officer in southern Gyeonggi Province collapsed with potential symptoms of cerebral hemorrhage after receiving a jab. She has yet to recover consciousness after undergoing emergency surgery.
Share
Print
List