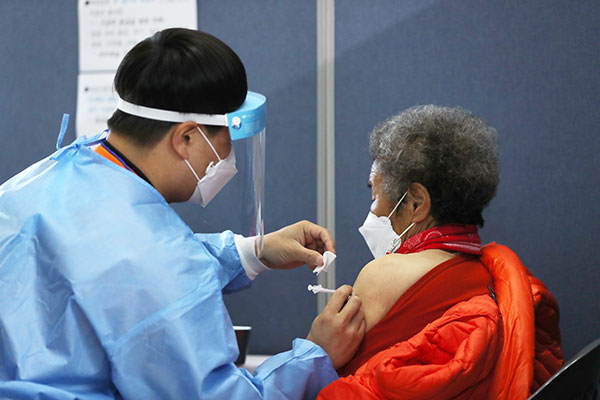 Concerns are rising over a possible supply glitch of the COVID-19 vaccine.

A considerable number of vaccine centers around the nation have reportedly limited new appointments or stopped them altogether for the first dose of Pfizer at the request of health authorities.

According to the state task force on COVID-19 vaccination on Monday, 529-thousand doses of Pfizer vaccine were left unused in the nation as of 12 a.m.

The shortage of vaccines comes as many of those who received only their first Pfizer shots - numbering at some one-point-57 million - are scheduled to receive their second this month, in line with a 3-week gap between the two jabs.

South Korea is scheduled to receive one-point-75 million additional Pfizer doses this month, but a detailed supply schedule is not yet known.

So far, the country has received two-point-18 million doses of the Pfizer vaccine either through a direct deal with the U.S. pharmaceutical company or via the UN-backed COVAX Facility.

There are also concerns over the supply of the AstraZeneca vaccine. Around two million AstraZeneca doses have been supplied to the nation so far and some 345-thousand doses are left.
Share
Print
List