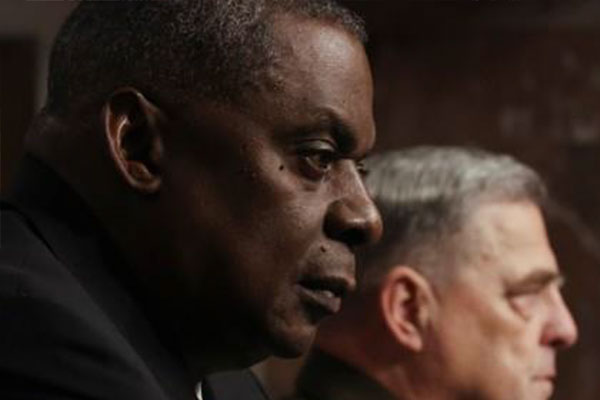 U.S. Secretary of Defense Lloyd Austin said on Thursday that North Korea continues to develop its nuclear and ballistic missile capabilities with ambitions to strike the U.S. homeland.

Austin presented the assessment in his written testimony to the Senate Armed Services Committee before a hearing on the Pentagon's budget request for next year.

The secretary said that Pyongyang continues to develop its nuclear and ballistic missile programs, posing an increasing threat to regional allies and partners, and has ambitions to be able to strike the U.S. homeland.

Austin, however, said that the U.S. will put diplomacy first in dealing with North Korea, continuing to work to mitigate North Korea's provocative behavior and maintain peace and stability on the Korean Peninsula.

Chairman of the U.S. Joint Chiefs of Staff Mark Milley also agreed that the North poses a "real danger" to the U.S.

Milley said that North Korea shows no signs of moderation in its focus on military capability at the expense of their most vulnerable citizens and peace on the Korean Peninsula.
Share
Print
List