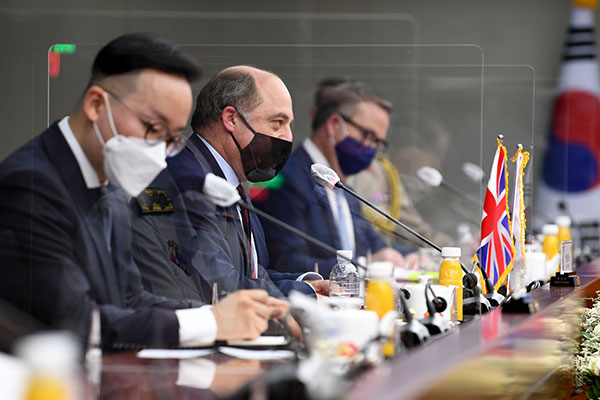 Calling South Korea a key partner in the region, Wallace expressed hope to boost bilateral exchanges and cooperation in the defense sector, noting that Britain is focusing more on the Indo-Pacific region following Brexit.

Suh asked for the U.K.'s support for efforts to denuclearize and establish peace on the Korean Peninsula. In return, Wallace pledged the necessary assistance, according to Seoul's Defense Ministry.

In his opening remarks, the British official said the two countries' naval forces were closely sharing experiences in operating aircraft carriers, as Britain's HMS Queen Elizabeth is scheduled to make a port call in Busan in September.

Wallace said that after the port call, two offshore patrol vessels will be permanently deployed to the region.
Share
Print
List