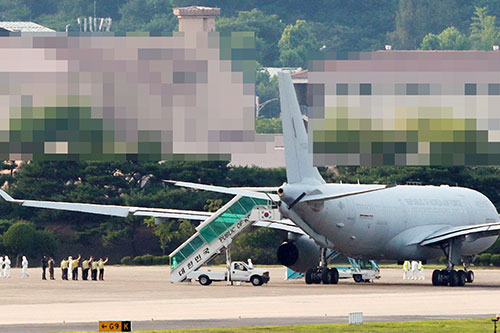 In the latest tally, 270 of the 301 service members in the Cheonghae naval unit have contracted COVID-19, resulting in a 90 percent infection rate.

It is South Korea's biggest quarantine failure to date with nine out of ten sailors infected, even with the allowances made for the crowded conditions on the destroyer and the unvaccinated crew.

According to the Defense Ministry on Wednesday, PCR tests conducted on all 301 servicemen initially resulted in 266 positives. Four more tested positive later out of 12 who were asked to be retested.

Only 31 seamen on board the destroyer tested negative but they will still remain under isolation for 14 days.

The entire anti-piracy unit that was operating in waters off Africa was flown home on Tuesday following the mass outbreak.
Share
Print
List