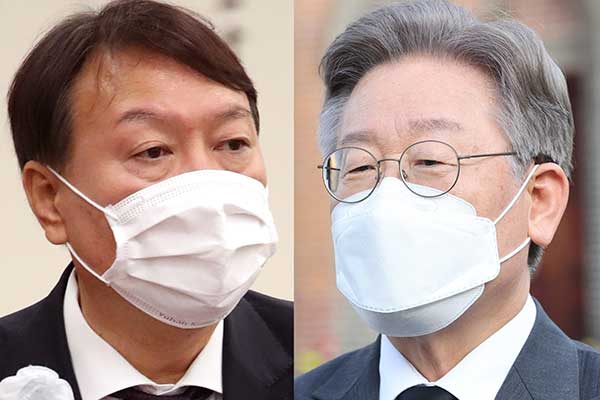 A multi-agency survey of some one-thousand adults nationwide conducted from Monday to Wednesday showed 27 percent said that Lee is well suited for the presidential office, up by one percentage point from last week.

On the other hand, Yoon, a potential presidential contender for the opposition bloc, garnered 19 percent of support, down by a single percentage point from the previous week.

Gyeonggi Governer Lee, who is affiliated with the ruling party, also extended his lead over Yoon in a hypothetical two-way race by winning 46 percent of support compared to the 33 percent for Yoon. The comparative rates from two weeks ago respectively stood at 43 percent and 33 percent.

The survey had a confidence level of 95 percent with a margin of error of plus or minus three-point-one percentage points and was conducted by four pollsters - Embrain Public, KSTAT Research, Korea Research International and Hankook Research.
Share
Print
List