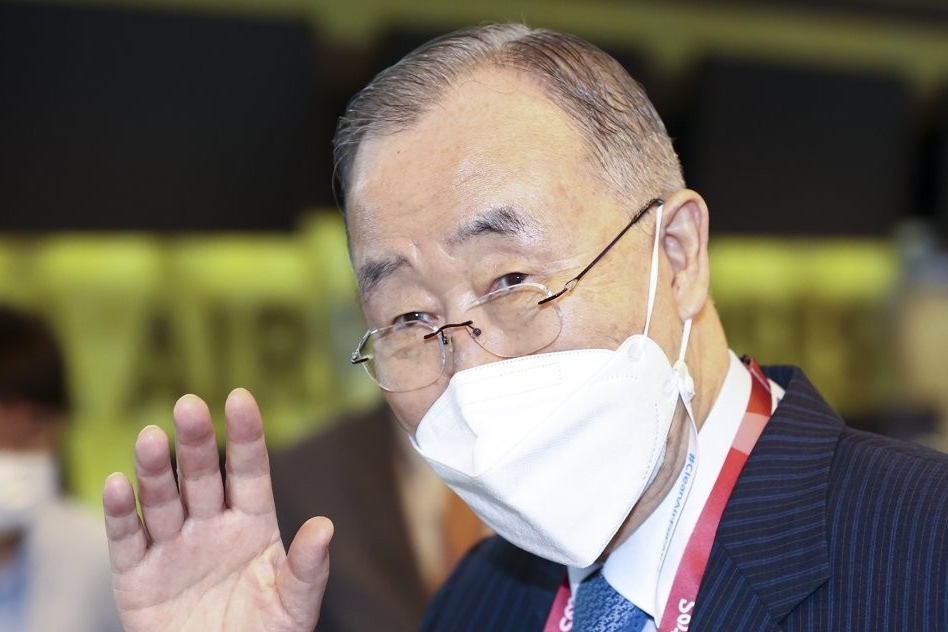 According to diplomatic sources in South Korea and Japan on Sunday, the meeting took place at Japan National Stadium in Shinjuku, the venue of the opening ceremony of the Tokyo Olympic Games, on Friday after the ceremony ended.

During the meeting, which was arranged at Naruhito’s request and lasted for around 10 minutes, Ban congratulated Japan for hosting the Games while Naruhito thanked him in return. It is known that the two also share the understanding on the need to improve Seoul-Tokyo relations.

Ban and Naruhito were known to have forged a friendly relationship through joint attendance at some international events, such as world water forums.

Ban flew to Japan on Monday to attend the Tokyo Games' opening ceremony and returned to South Korea on Saturday. The 77-year-old South Korean was recently reelected as the Chair of the International Olympic Committee Ethics Commission.
Share
Print
List