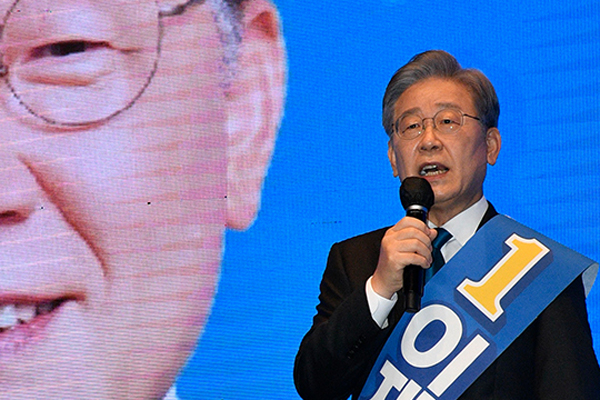 Former DP chair Lee Nak-yon finished second with 31-point-45 percent. It marks the first time that Lee secured over 30 percent of votes in the primary sessions that started last Saturday.

The governor is far ahead of Lee, securing an accumulated 51-point-41 percent from the electoral college and four regional primaries over two weekends. Lee has garnered 31-point-08 percent of the votes so far.