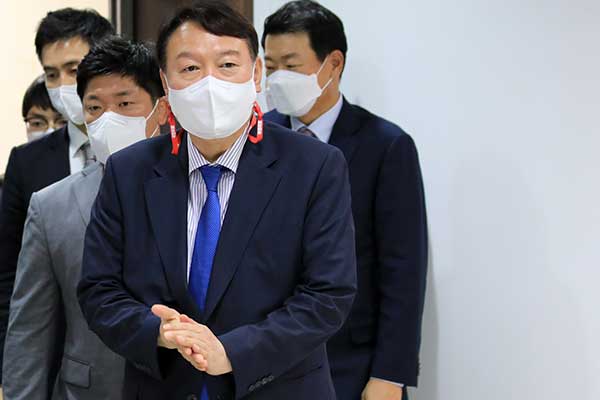 Leading opposition presidential contender Yoon Seok-youl suggested that the camp of an unnamed presidential rival may be involved in the state spy agency's alleged attempt to meddle in next year's election.

According to Yonhap News Agency on Tuesday, Yoon listed an unnamed third person in a complaint filed with the Corruption Investigation Office for High-ranking Officials(CIO).

The complaint was made against Cho Sung-eun, an informant who previously accused Yoon of attempting to meddle in last year's general elections, and National Intelligence Service(NIS) chief Park Jie-won.

Yoon claimed that the third person attended an August 11 meeting with Cho and Park, where the attendees allegedly colluded to have an online media outlet report on allegations against Yoon.

Both Cho and Park, who denied the alleged collusion, meanwhile, stressed that there was no third party at the meeting.
Share
Print
List