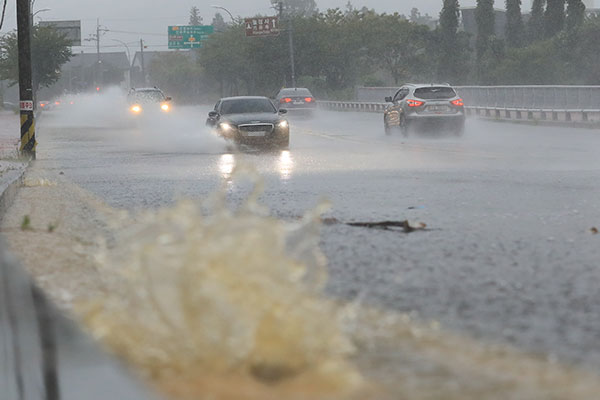 According to the Korea Meteorological Administration(KMA), Chanthu, the 14th typhoon of this year, was moving west at ten kilometers per hour from waters some 370 kilometers south by southwest of Seogwipo as of 3 a.m. Thursday.

The weather agency forecast that the typhoon will come closest to Jeju at 8 a.m. Friday after passing through waters some 60 kilometers southwest of Seogwipo at 3 a.m. Friday.