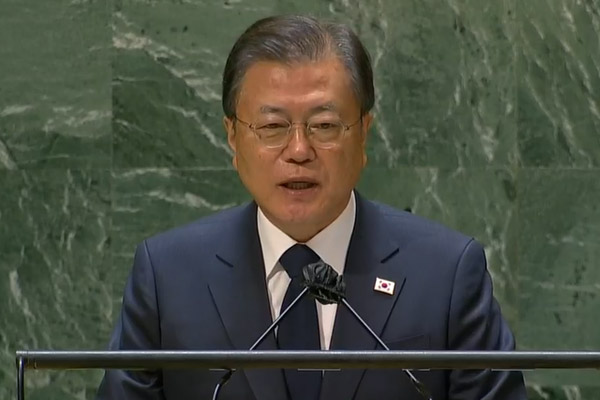 The government has reaffirmed its resolve to push for the two Koreas, the U.S., and possibly China to declare a formal end to the Korean War, even after North Korea called such a move "premature."

An official from the Foreign Ministry said Friday that Pyongyang acknowledges the necessity of the declaration and that the leaders of the two Koreas had agreed on the need in 2018.

The official said the declaration is a key part of involved countries' political expression in building trust and is expected to open doors to progress in the peace process.

He also made reference to the U.S. repeatedly emphasizing that it has no hostility towards the North and expressing its intent to engage with the regime without preconditions, adding that the declaration could be the start of dialogue.