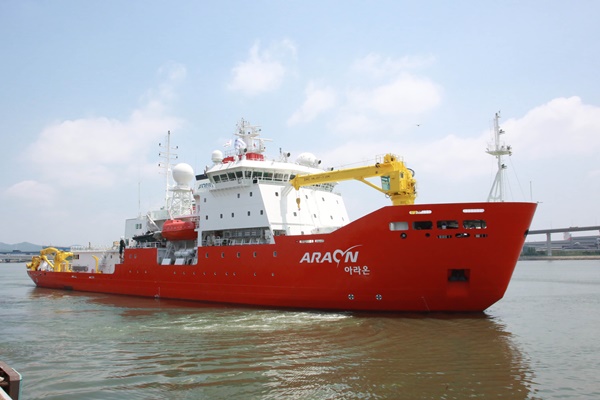 The Korea Polar Research Institute said Friday that Araon, which embarked on the voyage in July, returned to Gwangyang Port on Thursday.

During the mission, the icebreaker successfully measured the ozone concentration in the stratosphere simultaneously with the Jang Bojo Antarctic Research Station, discovering that levels were lower in the South Pole.

Researchers on board also photographed methane gas gushing out of underwater sediments in the East Siberian Sea.

Additionally, the team installed a maritime and aerial observation system in the Bering Sea to uncover the cause of warm water temperatures. The data will be transferred to South Korea via satellite every hour.

Polar Research Institute President Kang Sung-ho said, despite obstacles such as the pandemic and melting ice, the mission was very fruitful with abundant data secured. He promised to continue with further research.
Share
Print
List