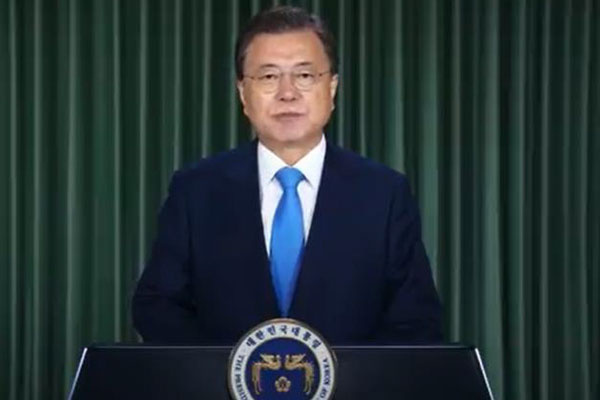 Moon made the remark in a prerecorded video that was screened at the G20 Extraordinary Leaders’ Meeting on Afghanistan which was held virtually on Tuesday.

Moon noted that the South Korean government safely evacuated 391 Afghans and their families to South Korea in cooperation with the U.S. and other countries, adding that South Korea has provided one billion dollars in aid and financial support for the past 20 years for the reconstruction of Afghanistan.

He stressed the need for the G20 to provide humanitarian aid and essential assistance to Afghanistan given that the intergovernmental forum has played a key role in major global challenges.