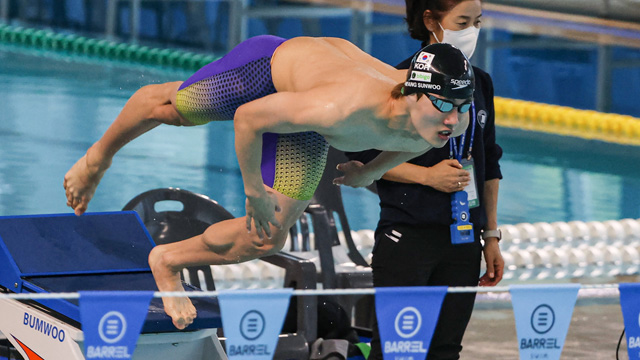 Teen swimming sensation Hwang Sun-woo has been voted the most valuable player in the National Sports Festival which ended Thursday.

Hwang won five events in total during the tournament, and also broke the national record in the men's 200 meter individual medley, shaving off more than two seconds from the previous best set by his own hero Park Tae-hwan in 2014.

The National Sports Festival, in its one-hundred-and-second edition, was scaled back this year amid the pandemic. Only high school students took part in the events, with the absence of university and older teams.
Share
Print
List