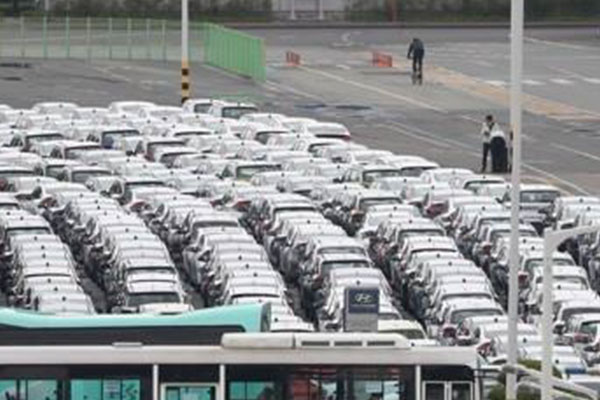 South Korea's auto production plunged to a 13-year low in the third quarter due to the global shortage of semiconductors.

According to the Korea Automobile Manufacturers Association on Sunday, local carmakers produced nearly 762-thousand units in the July-September period, down 20-point-nine percent from a year earlier.

It marks the biggest on-year decline for any third quarter since the global financial crisis of 2008 when auto production plunged to about 760-thousand units.

Local automakers produced over 908-thousand and 905-thousand units each in the first and second quarter, but production fell below 800-thousand in the third quarter due to the worsening chip shortage in the second half of the year.

The shortage was expected to ease by this month, but only worsened as car factories in Southeast Asia were hit hard by coronavirus lockdowns.
Share
Print
List