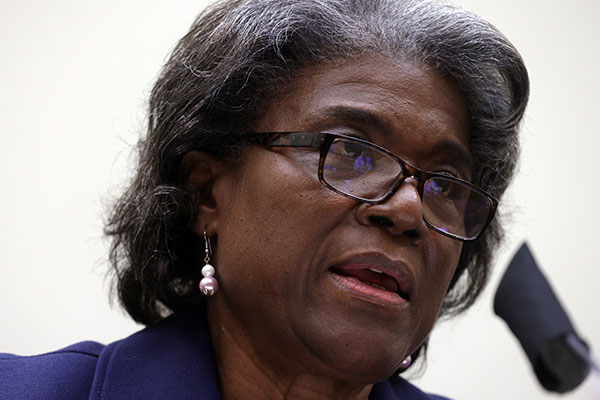 Speaking to the media before an emergency UNSC meeting requested by the U.S. and the U.K. on Wednesday, the ambassador called the North's latest series of ballistic missile launches unlawful and unacceptable activities that are in violation of multiple Security Council resolutions.

She also called on members to fulfill their sanctions obligations under the resolutions and prevent Pyongyang from accessing funds it needs for its missile development program.

Meanwhile, quoting diplomats, the AFP said no member of the council proposed a joint statement at the meeting. At the last emergency session on Oct. 1, France proposed a joint text, which was opposed by China and Russia.
Share
Print
List