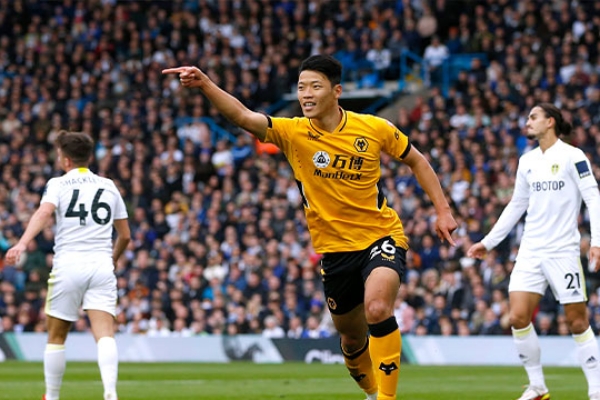 South Korean forward Hwang Hee-chan of the Premier League’s Wolverhampton Wanderers scored the fourth goal of the season on Saturday.

Hwang scored an opener in the tenth minute of the match against Leeds United at Elland Road in Leeds, England. The match ended in a 1-1 draw.

South Korean midfielder Lee Kang-in of Mallorca in Spain's La Liga recorded his first assist of the season against his former club Valencia.

Lee was sent off ten minutes into the second half. The game ended in a 2-2 draw.
Share
Print
List