Moon Vows to Overcome Crises Until End of Term 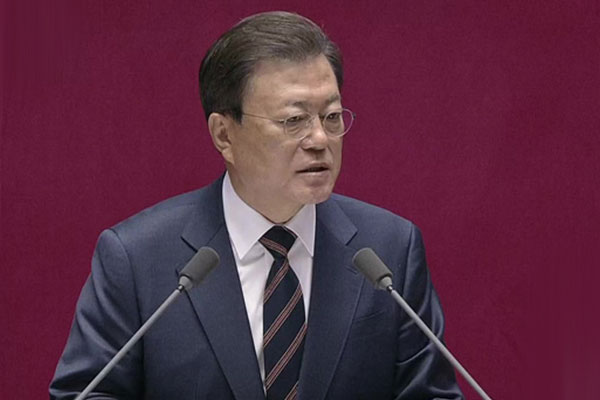 President Moon Jae-in has promised to exert his best efforts until the end of his term to overcome crises so that the nation can enjoy a complete return to normalcy and economic recovery.

He made the pledge on Monday during a budget speech at the National Assembly, adding that he feels emotional giving his last such address with six months left in his term.

Moon said the nation faced one crisis after another during his term, including heightened tensions on the Korean Peninsula and Japan’s unilateral export restrictions.

He continued that since last year, the government has focused all of its efforts on protecting the public’s safety and livelihood in the face of the global COVID-19 pandemic.

The president stressed that the government will do its best to boldly sail through the current period of great transition and usher in a new future.

He also pledged efforts to establish a new order for the sake of peace and prosperity on the Korean Peninsula through dialogue and diplomacy.
Share
Print
List