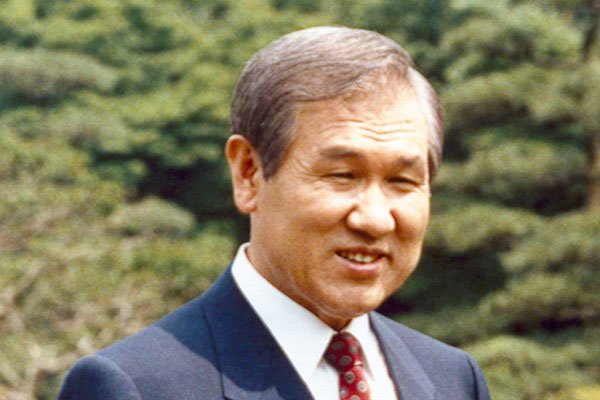 Roh, who was South Korea’s 13th president, died at Seoul National University Hospital on Tuesday. He was 88. The former president had been recently hospitalized after his health deteriorated.

Since undergoing surgery for prostate cancer in 2002, Roh had been receiving hospice care at home. He also suffered from cerebral atrophy and asthma.

Born in Dalsung County, North Gyeongsang Province on December 4, 1932, Roh graduated from the Korea Military Academy and went on to serve as sports and interior minister, a lawmaker of the 12th National Assembly and the head of the Democratic Justice Party.

He emerged as the No. 2 figure of the New Military Regime led by Chun Doo-hwan, who seized power through a military coup after the death of President Park Chung-hee.

Roh was elected president in February 1988 and one of the most notable aspects of his administration was hosting the 1988 Seoul Olympics and his foreign policy of Nordpolitik.

However, after he stepped down, Roh was put behind bars along with Chun, receiving a sentence of 17 years for his involvement in the May 18 Gwangju Uprising and for raising billions of won in slush funds.

He was released from prison in December 1997 after being granted a special pardon.

A memorial altar will be set up at the Seoul National University Hospital. He’s survived by his wife Kim Ok-sook, daughter Soh-yeong and son Jae-heon.
Share
Print
List