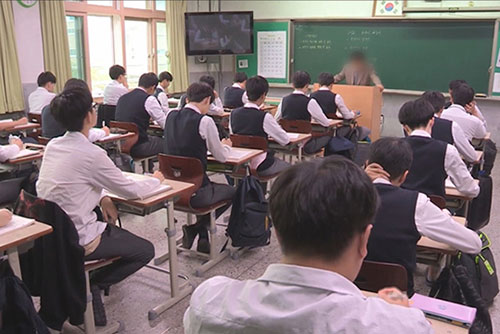 The National Human Rights Commission of the Republic of Korea announced on Tuesday that it advised the heads of 31 schools in Seoul to revise rules that excessively regulate students’ hairstyles or attire.

The agency said its move came after it had received a number of petitions about schools overly regulating students’ hairstyle and clothing and after personally inspecting the way the rules are applied in schools where students who submitted the petitions attend.

The agency found that 31 schools excessively controlled the way students wear their hair and clothes, and of that total, 27 had given demerit points to those who broke such rules.

Some of the schools were found to prohibit students from perming or dying their hair and from wearing any type of accessory other than those related to their religion. Some schools also did not allow their students to wear coats if they weren’t wearing their school jackets.

The agency said the acts of restricting a student’s appearance through school rules and giving violators demerit points are a violation of students’ fundamental rights.
Share
Print
List