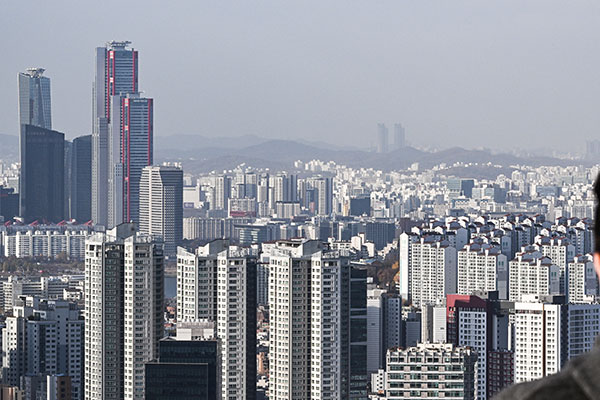 A group of homeowners subject to the expanded comprehensive real estate tax has filed a request for the Constitutional Court to formally review the constitutionality of the related law.

The group of 123 people on Monday submitted the request for the Seoul Administrative Court to recommend that the Constitutional Court review the law, claiming that it infringes upon the essence of one's right to property under the Constitution.

This comes after the complainants launched an administrative action against tax authorities in July, demanding the increased taxation for 2020 be annulled.

The group argued that the revisions excessively increase the number of subjects and the scope of taxation against the constitutional right to property.

According to the group, the number of subjects and taxation jumped 25 and 27-point-five percent, respectively, from the previous year.

While the government expanded taxation to include multiple-home owners with combined state-assessed price value exceeding 600 million won and raised the rate to one-point-two to six percent, taxes further surged on the back of soaring housing prices.
Share
Print
List