Poll: Race Between 2 Main Presidential Hopefuls within Margin of Error 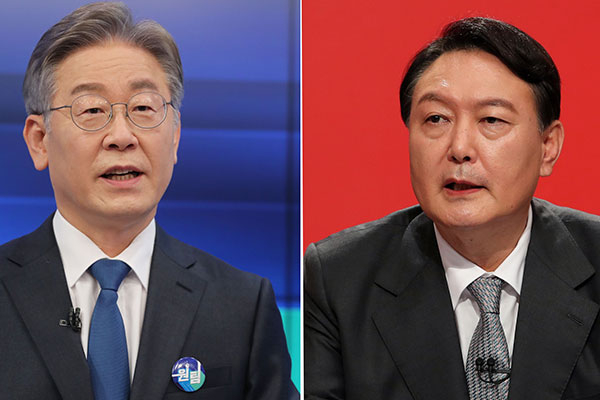 In the poll conducted from Monday to Wednesday by Embrain Public, KSTAT Research, Korea Research and Hankook Research on one-thousand-four adults nationwide, Yoon garnered 35 percent of support while Lee earned 32 percent in a hypothetical multi-candidate race.

Yoon extended his slight lead over Lee by two percentage points from last week’s poll but still remains within the margin of error, which came to plus or minus three-point-one percentage points.

Asked who will likely become the next president, 40 percent of the polled picked the ex-prosecution chief while 38 percent chose the former governor.