Exports Hit Record High at over $60 Bln in November 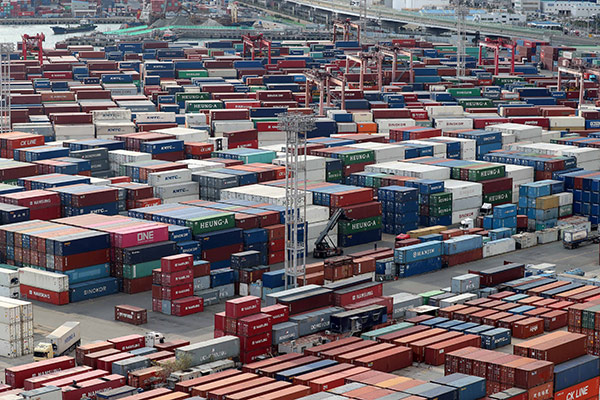 Monthly exports have surpassed 60 billion U.S. dollars for the first time on robust demand for semiconductors and petrochemical products.

The Ministry of Trade, Industry and Energy said on Wednesday that outbound shipments jumped 32-point-one percent in November from a year earlier to hit 60-point-44 billion dollars. It is the largest monthly figure since the nation started compiling trade data in 1956.

The previous record, 55-point-92 billion dollars, was set in September.

The 60 billion dollar mark was reached slightly more than eight years after South Korea posted 50 billion dollars worth of exports for the first time in October of 2013.

With the latest figure, South Korea reported growth in exports for the 13th consecutive month since November last year and a double-digit growth for the ninth straight month.